Since I’m on a “Complain about Spain” streak, let me complain about television over here. I’m not much of a TV watcher, but I do try to use it to enhance my listening skills and vocabulary. But there are three things I absolutely cannot stand about Spanish television that inevitably will make me turn it off after a few channel rotations:

1. Dubbing television shows and movies here is standard. Now, I cannot stand dubbing in the first place. Give me sub titles any day or make me try to figure out the story on my own by looking at the images.

But the problem is not the dubbing in itself. It is that there are two people (one man, one woman) who do all the language dubbing for programs bought from foreign (American) markets. I am so sick of hearing their voices I want to scream. And not only because they are overused voice “actors” and rarely fit the character on the program. And also not because I know that Brad Pitt does not sound like a 50 year old radio announcer.

It’s because they aren’t actors at all. I swear they don’t even try. They sound like two people reading a bedtime story to some kid, altering their voices to portray different characters and doing a shitty, lazy job of it. Imagine whiny, cranky sounding whimpering when someone on Law and Order is weeping over someone’s death. I’ll wait. OK, got it? It’s worse than that.

2. The music put to news stories never has anything to do with the story. Example. Today a story about a credit card scam was backed by – ready for this bit of production genius? – Huey Lewis and the News, Power of Love. I am serious, and this is not an anomaly. That dumb-ass song has the line “don’t need no credit card to ride this train”. And therefore the professional editors felt it appropriate to use this jaunty tune to enhance a story of thievery.

Another brilliant example is the use of the 1960s song “California Dreamin'” every. single. time. the state of California is mentioned. And as a location too, not the subject of a story. If you must have the word California in a song, there are around 700 other songs to choose from. Does another, more un-newsworthy song exist with the word California in it? No. And how amateur (or lazy?) is it to just use a song about California instead of the theme of the actual story? Where do these media people learn their craft?

3. Did I mention there are only 2 people working in the dubbing department for every single movie, Simpson’s episode and Sex and the City re-run? Because there are. Only two. Ridiculous.

4. Belen Esteban with her bright yellow, home hair-dye job, and her horrible, smoke ravaged, heavily made up face with it’s protruding lips and eyeballs is on the TV constantly. Girl, I have some advice for you: skip the lip collagen and plastic surgery and invest in some Botox, and maybe a facial peel or two. It may also be time to start using some sunblock. (Note: link on her name goes to a Facebook page dedicated to her “old” face, the one before she lost a lot of weight, had a bunch of plastic surgery, and evidently started smoking so much and baking in the sun Enjoy.)

I think I’ll stick to the news for practicing my listening skills, since the irrelevant music is the least offensive of the three crimes. I’ll just crank up the volume and sing along with Huey next time one of his songs backs a story (which is often) since it’s gonna remain in my head for the next week regardless.

Or at least until California is mentioned in the news again.

Tomorrow is the two year anniversary of  JM’s death.

It’s been a long road, pretty lonely most of the time. I witnessed many facets of myself in the last 2 years, some of which I did not recognize. Sometimes I felt so detached from who I am and what the hell I’m supposed to be doing that it was like watching a crappy movie of someone else acting out my life.  Someone with the acting skills of say, Winona Ryder or Ben Affleck. But I couldn’t walk out of the movie theater like I normally do (actually, I do not watch movies with Ms. Ryder in them because it’s distracting what a fucking terrible actor she is, so there would not be a theater in which to storm out of, but I digress). (Oh yeah and Ms. Ryder is not the only person I refuse to watch in any movie, there are a big handful of “actors” that throw me into a rage if I am subjected to watch them prance around on screen. /rant)

So after 2 years, I  feel like I have sort of gotten my brain back. This has it’s good and bad points.

Good, because I have stopped avoiding my feelings and am facing myself. I’ve emotionally come to terms with being in a relationship again. I’ve made it a point to deal with the many things in my life I have been neglecting and made decent progress (still haven’t gotten the pedicure though). My memory has come back.

But there is a downside to this too. I feel like I lost my “I don’t have time for your bullshit” attitude that I acquired when JM died. I felt like  I suddenly was shown what was important in my life, and I just did not have time for other peoples ridiculous crap. You can only talk about yourself? Goodbye. You’re a liar/shallow/ignorant/manipulative/unfair?  Yep, forget you. Not that I was much of a tolerant person before, but I stopped even bothering with the niceties after JM died. Which was gratifying and freeing.

If I’m lucky, some of this will stick around. Maybe the abruptness will go away, and I won’t feel the need to verbalize I think certain people are stupid. But if I continue to avoid wasting energy on people who otherwise do not give a rat’s arse about me, it gives me that much more time and energy to put into the people in my life that I care about. And I’ve learned just how important that is.

Dear 20 something girls in Barcelona,

Hello there girls, you all don’t know me but I see you every day. In fact I see a little too much of all of you. because, well, it seems you are forgetting to put you skirt on before you leave the house.  Your stylish sweater, fancy leather jacket, scarf, and sometimes even a sassy hat all look great together. And the leggings too, the leggings would be perfect – if you wore them as leggings.

You see, those leggings, they are not pants. They are meant to be worn with something over them. It doesn’t matter if you pair them with a knee or even thigh high pair of boots, we aren’t looking at your legs. See, those leggings, they are slightly sheer.  So when I, and every student in the classroom or stranger on the street you traipse past turns their head to look at you, it isn’t because we all think you are especially cute or fancy. It’s because the glow of your white butt cheek is shining right through those “pants”.  It’s especially disturbing to all of us on the Metro when you are standing and we are seated, so said ass cheek is right at eye level. And sometimes that cheek is less than smooth. It’s disturbing.

Your friends would all be fired, except they are guilty of the same crime.

Also, not sure if you noticed, but even if your leggings are black, we can see all the details (shape, size, pattern, color, lace, bows…) of the underwear you are wearing, or if you are going commando. So,just a friendly word of advice- next time you wear your “pants” with no underwear and a short sweater, you may want to a get a wax first. Just sayin’.

Thanks for not taxing anyone’s imagination,
Me

On my recent visit to the fatherland, I picked up a second hand, unlocked iPhone. I use my ATT sim and Movistar sim interchangeably and have proudly downloaded incredibly useful applications, such as iHandgun and Papertoss. 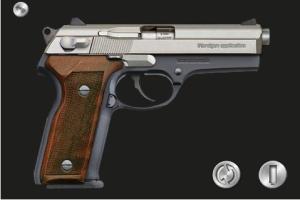 Load and shoot iHandgun on your iPhone. Catharsis. 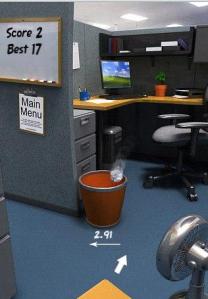 Papertoss. The challenge comes when the fan starts blowing.

Anyway, I am enamored. I don’t know how I got along without this thing. I’m so proud of it, and my handy applications, that today I showed it to some Italian coworkers who looked at it an promptly replied, “an iwhat?” I literally had to explain what an iPhone is to them.

And here I was thinking I was behind the times without one.

I realised something exactly 3 days ago – I am attracted to men with glasses. In fact, a full 50 percent of the men I´ve dated have worn them, and I´m sure it would be more if every bespectacled man I have ever tried to bat my lashes at would have been interested in dating me as well.

That being said, the style of glasses matters a lot. A LOT. Homeboy can´t just show up with dads magnifying readers or uncle Bills Blue Blockers. These things make or break you my friend – the spectrum ranges from stylish to WTF were you thinking GTF away from me.

This has never been a concious attraction for me though. Sure, I have displayed disappointment when my object of interest has opted to wear contact lenses instead of their specs for certain occassions, because I knew I liked their glasses. But I also like stylish clothes and various fashions of facial hair displays (again fellas, make or break – no officer Poncherella bars). JM was no exception to this, I preferred him wearing his glasses (and with certain styles of facial hair). But now I realize I will date men who are entirely wrong for me because of the style of frames on their face. Holy Jesus, put a helmet on them and it´s all over.

It has taken me 20 years to figure this out. I´m quick like that.